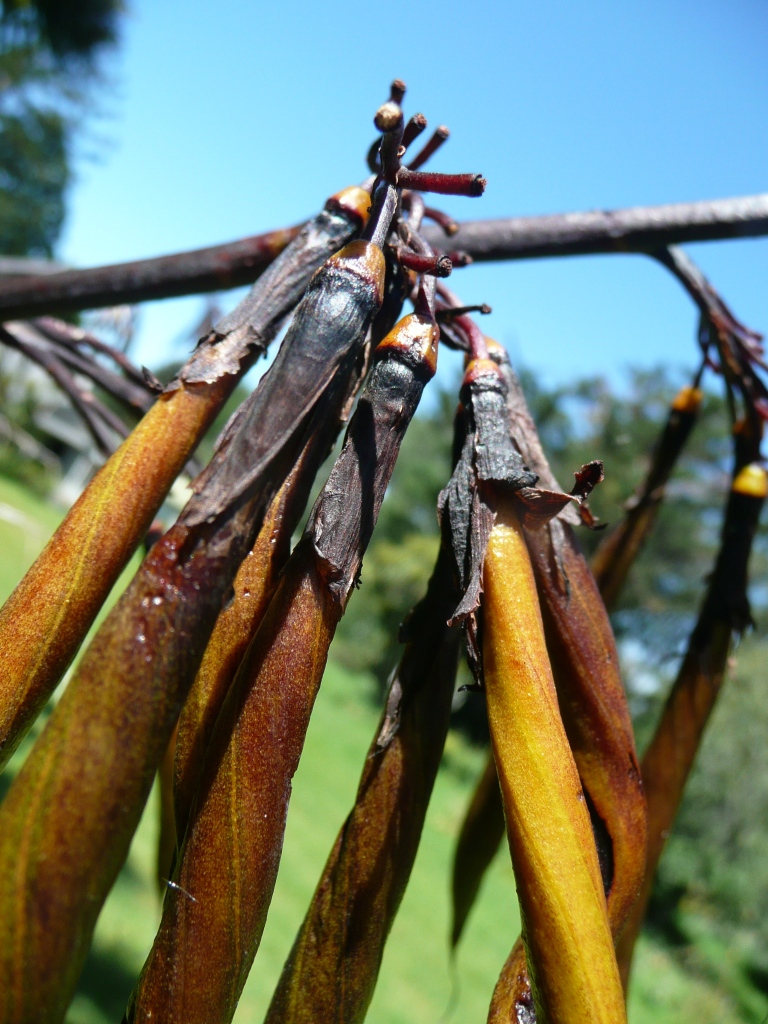 It is now August, and I started this post in March…   Time passes.  It now feels like home.  Seeds of a new beginning – seed pods of Wharariki, the New Zealand mountain flax plant.

Oxford in the early morning sunlight – Mt Oxford hills seen from the town.

At the beginning of 2014, a ‘sudden rush of blood to the head’ started a process that before you would have believed it possible landed us in another house in the same town within a month.  It does not feel like a home yet, but we are settling our nerves now, coming out of the upheaval.  People wonder why we did it, but the old place, gorgeous as it was, needed  younger, stronger custodians than we could give.  We thought it would take months to sell, but it happened almost immediately.  I really miss the plants and the beautiful views;  trying not to think too much about it.  However, I’m finding new curiosities and opportunities and living in the town will possibly force us out to the wild places that we neglected.  We really had a semi-wild place in the garden to keep us occupied.

Before we departed I managed to do a few solar dyes.  Some of the colours from last summer were still in their dye pots, so I popped in swatches of woven wool – Viburnum tinus, Privet berries, and Hypericum perforatum seed heads.  I also tried Rosemary twigs – lovely smell!

In early January I started a solar dye with flowers and another with leaves of Alchemilla mollis – the flower dye is below with a painted sample of the dye directly on the page.

In the dye jars, the yellow colour appeared almost immediately but I got a stronger colour from the  Alchemilla flowers.

Another solar jar was gradually receiving – over a fortnight – red hollyhock flowers that fell off the plant.  Previously I have steamed the hollyhock flower heads onto silk, and the colour was a bright pink, quite different to the result on wool. 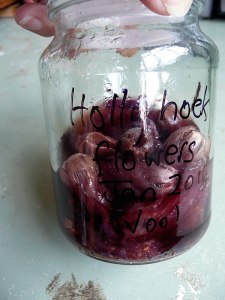 The dried swatches as in my test book: 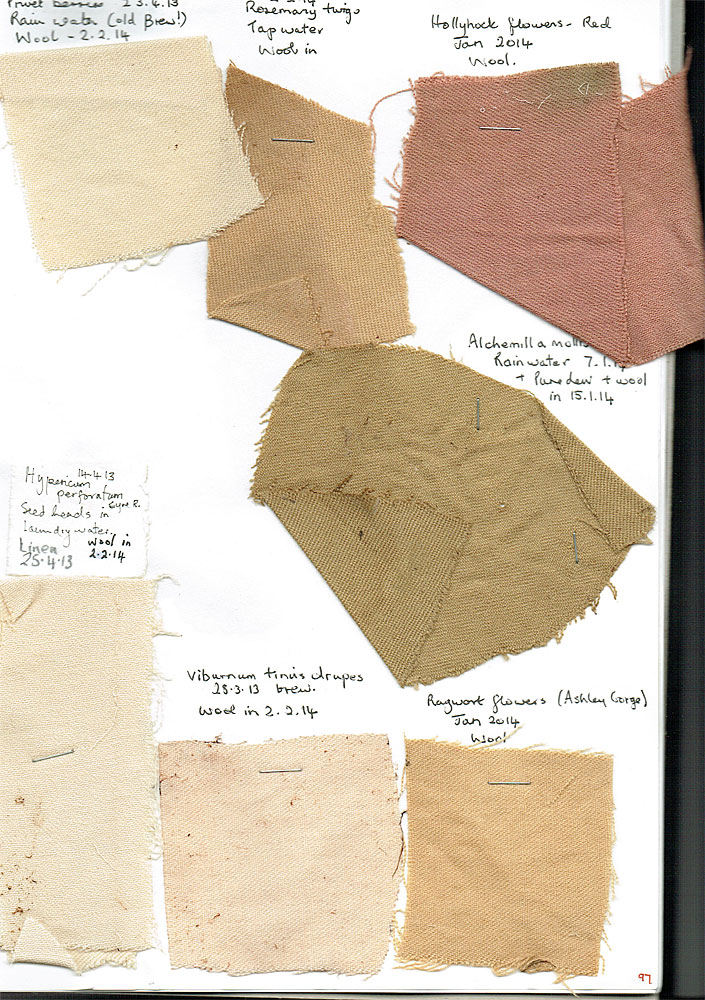 One of the last photos I took at the old house.  Althea that I grew from seeds.  Will start again.

Snow in ‘summer’ along with high winds!   This is the view that greeted us a few days after we moved house.  Very dramatic welcome… 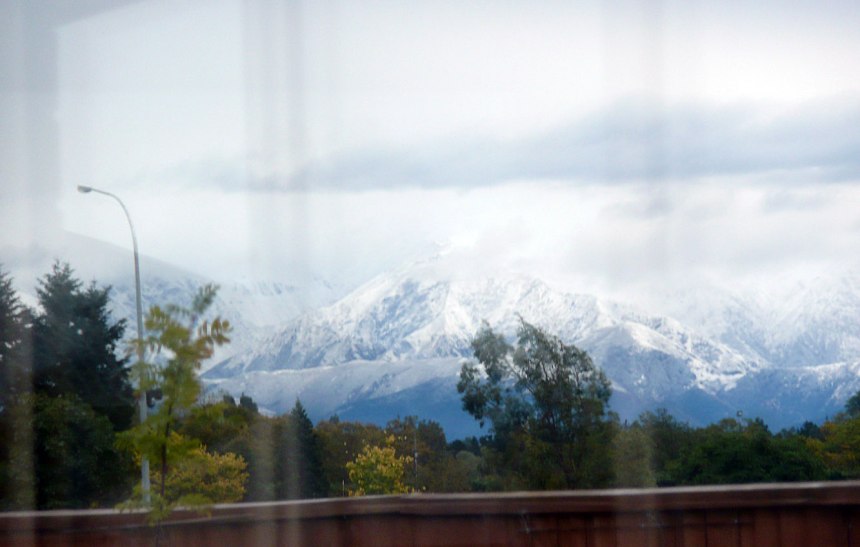 Our new house is just over one year old, like a doll’s house, and we have a garage full of stuff to be sorted, given away or reallocated somewhere.  There is a lovely patch of weeds down the road – some old friends and some new rather ferocious looking ones too! 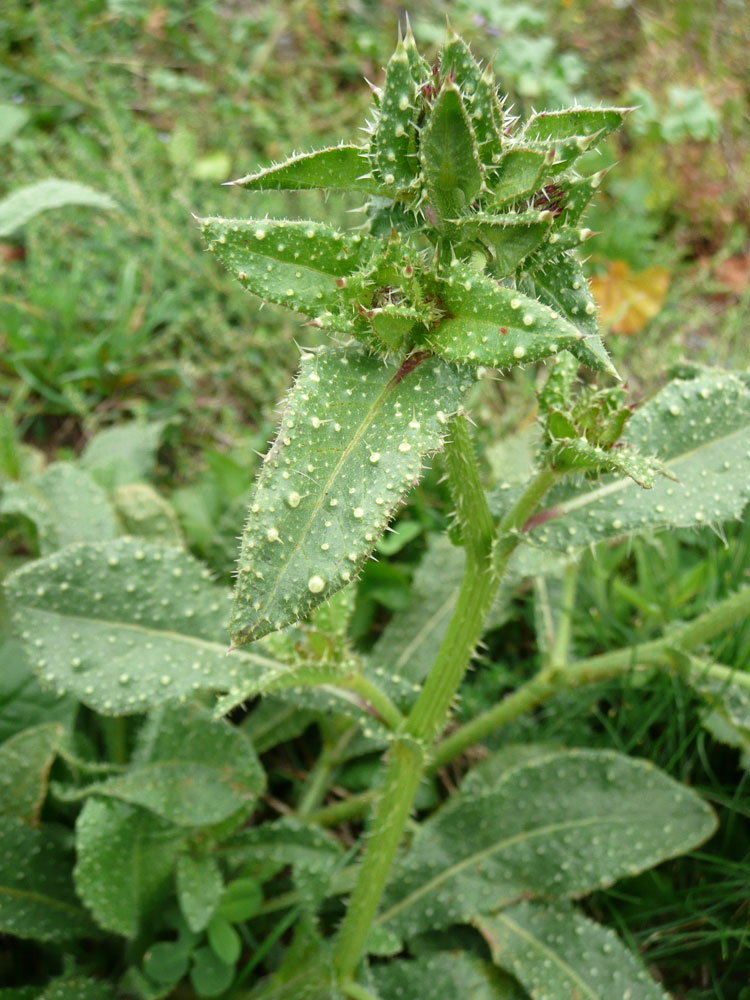 This knotweed is an old friend – and a walk in the park led me to some knotweed – Polygonum aviculare it may be – from which I have obtained a yellow.  So there are possibilities.  The knotweed below was growing by the footpath.  I have brought some of the prostrate polygonum from the old garden.

Finally, a sentimental note.  A move like this presents your belongings to you in a different light.  You find things you had forgotten, and other possessions take on a new life.  I happened to look through two Stanley Gibbons stamp albums that belonged to my father.  The books are large and heavy, and lots of the stamps are missing, but not on this page, however.  Towards the back of the book, this 15-year-old listed the number of stamps he had collected:  on 10 March 1929 he had 1315.  I read this on the 10 March 2014. 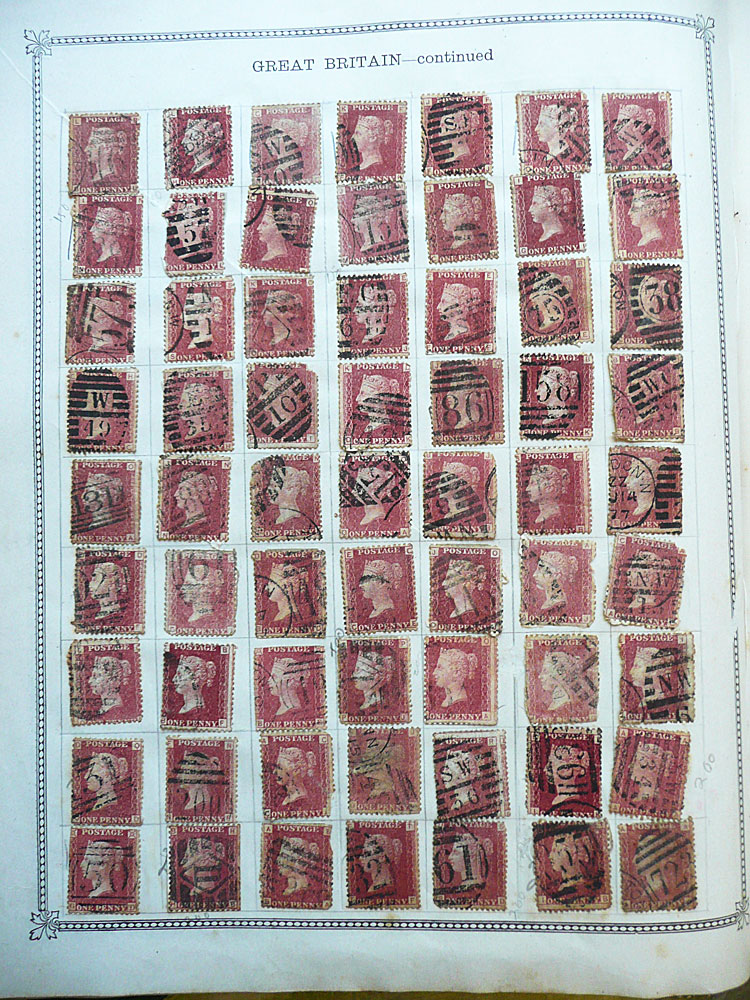 4 replies to Transported from old to new dye possibilities